According to President Hassan Sheikh Mohamud, two vehicle bomb explosions near a popular intersection in Mogadishu, the capital of Somalia, killed at least 100 people.

Mothers holding their children in their arms were among the massacred victims.
He called for outside medical assistance to treat the 300 injured.

The president attributed the attack on the education ministry to the jihadist organization al-Shabab.

The group claimed responsibility for the explosions, according to the pro-jihadist Somali Memo website. Al-Shabab, an organization that is affiliated with al-Qaeda, has been at war with the federal government of Somalia for a very long time.

After Islamist terrorists stormed a well-known hotel in Mogadishu in August, killing at least 21 people, President Mohamud, who had been in office for five months, vowed “total war” against them.
The explosions on Saturday occurred minutes apart and destroyed nearby buildings and automobiles.
Throughout the city, smoke plumes from the explosions could be seen.

The first one struck the ministry of education, and the second one went off as medical workers were arriving to deal with the aftermath, according to the Reuters news agency.

Nearly five years earlier, a lorry exploded at the same intersection, killing more than 500 people and being the deadliest such assault in nation’s history. 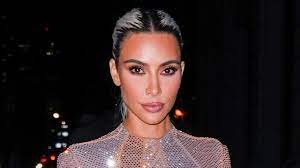